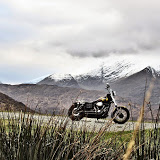 Any Other Relevant Info :

Hi lads,
just a query, I have my license years.. b*** my mate is going through the IBT.

He is upper 30’s and I believe the regulations have changed again that technically he does not have to do the IBT cos he is over 25…?
Is that the case..?

Also what is the restrictions when he passes his test..? He thinks he has none…

Just wondering if anybody knows the details I cant make sense of it all anymore..!

Anybody know how much erni coats charges for 160 rear super corsa?

The PBM Kawasaki Team heads for Donington Park this Easter weekend with a three rider squad in the quest for an unprecedented tenth domestic t**le in the 2015 MCE Insurance British Superbike Championship.

Having clinched a record-breaking fourth t**le last year, Shane ‘Shakey’ Byrne remains with the Penrith based team for a fourth successive year where he’ll once again be accompanied by Stuart Easton who won the MCE BSB Rider’s Cup. They will be joined by the team’s specialist roads rider Ian Hutchinson on a third Kawasaki ZX-10R Ninja for the opening rounds.

Having been signed straight after last year’s campaign, both quadruple MCE BSB champion Byrne and double British Supersport champion Easton are looking to make great starts to their respective season for Paul Bird’s team and both were well on the pace at last week’s test at Donington Park, whereby Shakey was fastest.

The 38-year-old Londoner showed no ill effects following injuring his hand in a previous test in Spain and starts the season as one of the favourites given his two t**les, a narrow second place as well as a third in the series standings in the past four years. Byrne also holds the record for the number of wins having been top scorer for a second successive season and whose tally now stands at 61 MCE BSB victories.

31-year-old Easton meanwhile showed great form towards the end of last season and over the last four rounds, the Scotsman from Hawick outscored all his rivals apart from team-mate Byrne and runner-up Ryuichi Kiyonari to eventually finish in seventh place in the standings, collecting the BSB Rider’s Cup as best of the non-Showdown contenders.

Also in action for the PBM Kawasaki Team at Donington Park will be 35-year-old Yorkshireman Ian Hutchinson who was signed in autumn by the team to contest the major road races including the North West 200, the Isle of Man TT Races and the Ulster Grand Prix where the rider from Bingley has a combined total of 15 wins.

Meanwhile on four wheels, Frankie Bird, Paul’s 15-year-old son, makes his debut in the opening round of the Kick Start Energy Ginetta Junior Championship which takes place at Brands Hatch. Frankie has shown good pace during pre-season testing in the R&J Motorsport car and hopes to be at the cutting edge of the 26-car grid which supports the Dunlop MSA British Touring Car Championship.

“Here we go again! Having the most successful team and rider in the history of the series means we are very much the ones to beat but it’s not going to be easy. All three riders are raring to go and will be out to perform at their very best this weekend. I’m expecting Shakey and Stuart to be strong and Hutchy will also do the first three MCE BSB rounds with us to prepare for the TT. It’s a busy weekend for me too as I have to be in two places at once. I’m combining visits to both Brands Hatch, where Frankie is making his racing debut, as well as Donington. I’ve every confidence that he will do well so we are hoping for a successful weekend on both two wheels and four.”

The opening round of the MCE Insurance British Superbike Championship takes place at Donington Park this Easter weekend of April 4/6th.

anyone been to mugello

anyone recomend hotels near mugello of is florance the place to be ?

Source: anyone been to mugello

Orders a front tyre Pirelli Angel ST €83.99 yesterday. Delivered before 9am this morning.

Just need to get it fitted now.